After a  successful campaign by both residents of 555 10th Avenue and the parents of the school Success Academy Hudson Yards, DOT installed a new split LPI at the very dangerous intersection of W41st Street and 10th Avenue.  This is one of the Lincoln Tunnel entrances where drivers use two lanes  to turn aggressively and block the pedestrians crossing. 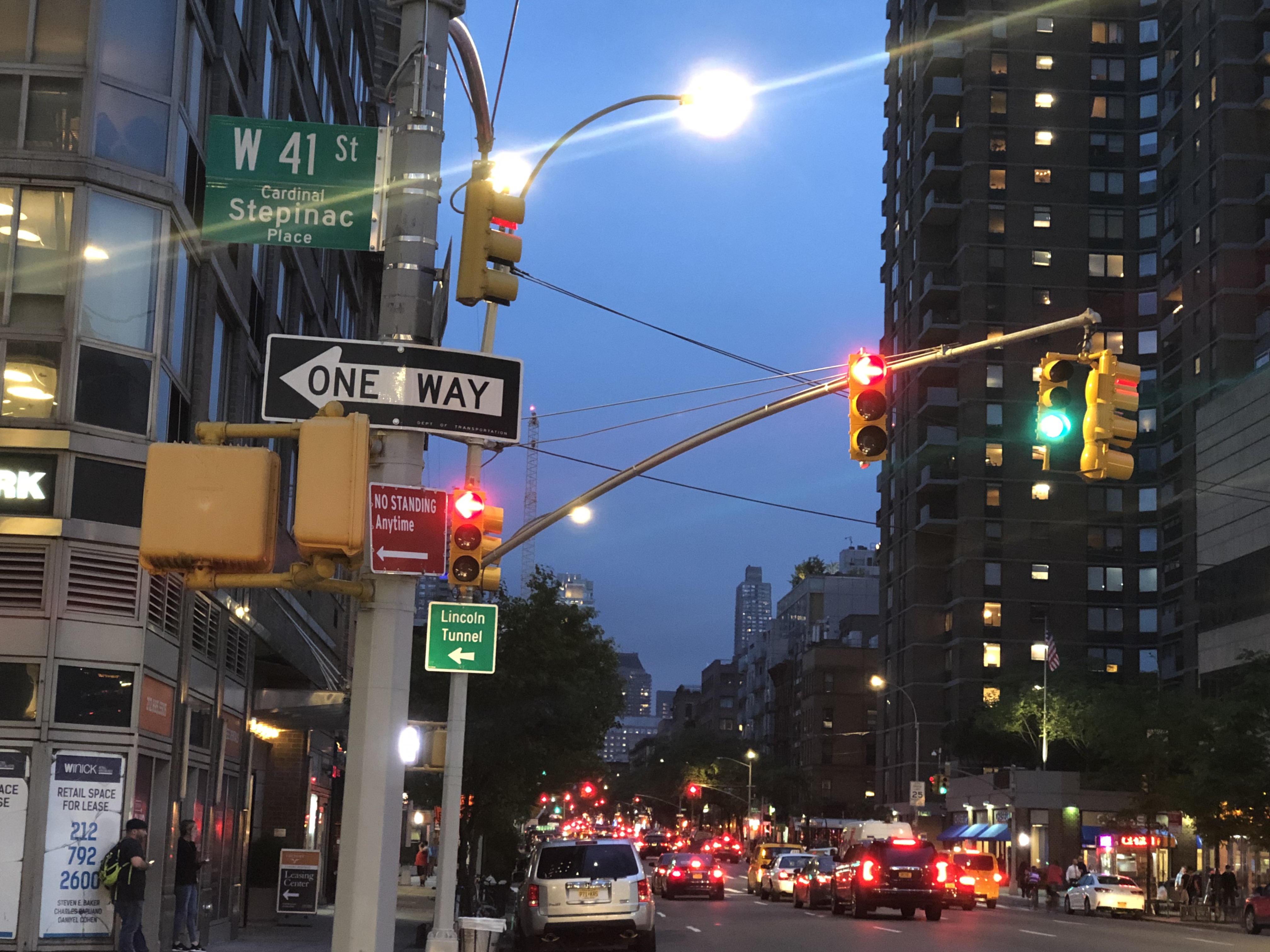 During the summer of last year,  a petition circulated that garnered over 700 signatures and parents reached out to Council Member Johnson to get relief. MCB4 sent a letter the following month asking for a split LPI . Chekpeds also worked with neighbors and the DOT to secure a few planters that were installed on the sidewalk in the fall of last year, giving a modest sense of safety. DOT will install markings on the ground in the next few days! great job DOT and thank you to Council member Johnson and his staff for putting a priority on this issue.