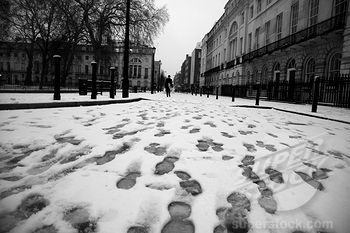 There is much to celebrate in 2011.  We thank all of you who wrote letters, signed petitions, showed up to testify, attended meetings and responded  to surveys. Your participation is crucial to our collective success  and we are very thankful for it. Thank you also to our board, who makes sure we keep with our mission and focus on matters most relevant to the community.

Our accomplishments in the neighborhood:

WALKING: On the sidewalks,  last week the Manhattan Borough Board passed a resolution asking the Department of Information Technology to work with the community boards to redesign phone booths so that they use much less space on the sidewalk . Another exciting development is the availability of bike corrals, that will allow us to place bike parking in parking spaces on the streets and reduce the clutter of bikes . An additional benefit will be to reduce the amount of riding on the sidewalk.

BUSES & TRANSIT : The 34th Street Bus Rapid Transit project evolved very positively for the 34th Street residents and the pedestrians:  curbside loading and unloading was added to all residential locations,  and bus stops were relocated to be most convenient to customers. We are disappointed that the of board payment machines’ poor design causes them to use too much space on the sidewalk. Long distance buses continue to be a serious nuisance in terms of pedestrian space. The DOT confirmed that Megabus stop on 33rd Street and 9th Avenue will move in January 2012, however an exact date and new location have not been disclosed.

TRAFFIC CALMING  : The Hell’s Kitchen DOT study team presented its findings to the public, which includes many pedestrian safety improvements including adjusting all traffic lights to allow crossing for seniors and children at 3.5 ft per second. Unfortunately the project manager Andrew Lenton, who has done an extraordinary job of being our advocate inside the DOT has fallen ill. We wish him a prompt and complete recovery.

BIKING: Last summer we co sponsored a summer movie ” The Triplets of Belleville” joined with the 45th Street Block association. For this occasion we produced a public service announcement on biking safety.

ENFORCEMENT : Through multiple actions, the NYPD traffic team heard our cries for increased enforcement against speeding, red light running, gridlock and failure to yield to pedestrians. We suggested specific improvements to prevent traffic agents from waving cars into pedestrians at various intersections, and saw improvements in particular, 42nd street and 9th Avenue.

Other city and statewide accomplishments we worked on :

WALKING: The Complete Street law guarantees that new projects will address the needs of pedestrians, transit riders, bikers and drivers  in their scope of work. CHEKPEDS co sponsored  the Manhattan Borough President’s “Transportation 2030 : A Five Borough Blueprint” , where we spoke up on a panel on the issues surrounding the walking lane. The United nation launched a campaign for a decade  of pedestrian safety.

COMMUNITY OVERSIGHT: this law ensures that the Community and elected officials will have the opportunity to get a full review before major street modifications are implemented.

INFORMATION & ENFORCEMENT: The law requiring the NYPD to publish monthly their summonses and crashes by Precinct went in effect. The NYPD traffic division is refocusing its agents on “Pedestrian First”