How a determined mother made a difference

This year, Governor Cuomo signed into law The Complete Street Bill. It mostly happened because a mother of a 14 year old girl who was killed by a driver took the matter in her own hands. She joined with AARP and TriState Transportation Campaign to lobby Albany and ensure this would not happen again. 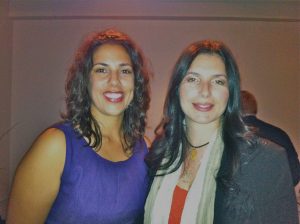 Tri-state Transportation Campaign honored Sandi Vega, (pictured on the right)  a self-employed mother of five from Wantagh, NY. Last year, Sandi’s daughter Brittany was killed while crossing one of Long  Island’s deadliest roads, Sunrise Highway, on her way to school. In response, Sandi Vega became a citizen champion for a state complete streets law, repeatedly meeting with local and state elected officials and gathering thousands of signatures in support of the law. Veronica Vandepool for TriState is on the left. 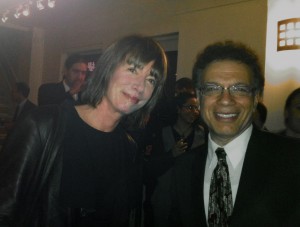 On hand to honor this inspiring mother were  James Vacca, Chair of City council Transportation Committee and Janette Sadik-Khan, Commissioner of the New York City Department of Transportation.