Could NYC sidewalks be freed of garbage?

In its response to a recent Department of Sanitation’s request for information, CHEKPEDS makes a strong case that they could.

As a location for the temporary storage of building waste, we propose to use some of the public right-of-way that is currently used for the free storage of private vehicles. Specifically, our proposal repurposes several on-street parking spaces per block for the use of storing waste before its removal, in lieu of storing it on our precious and heavily used sidewalks. On a typical midtown side street block of 700 feet, six on-street parking spaces (three on each side of the street) would be converted to this use, to be called a Waste Corral. 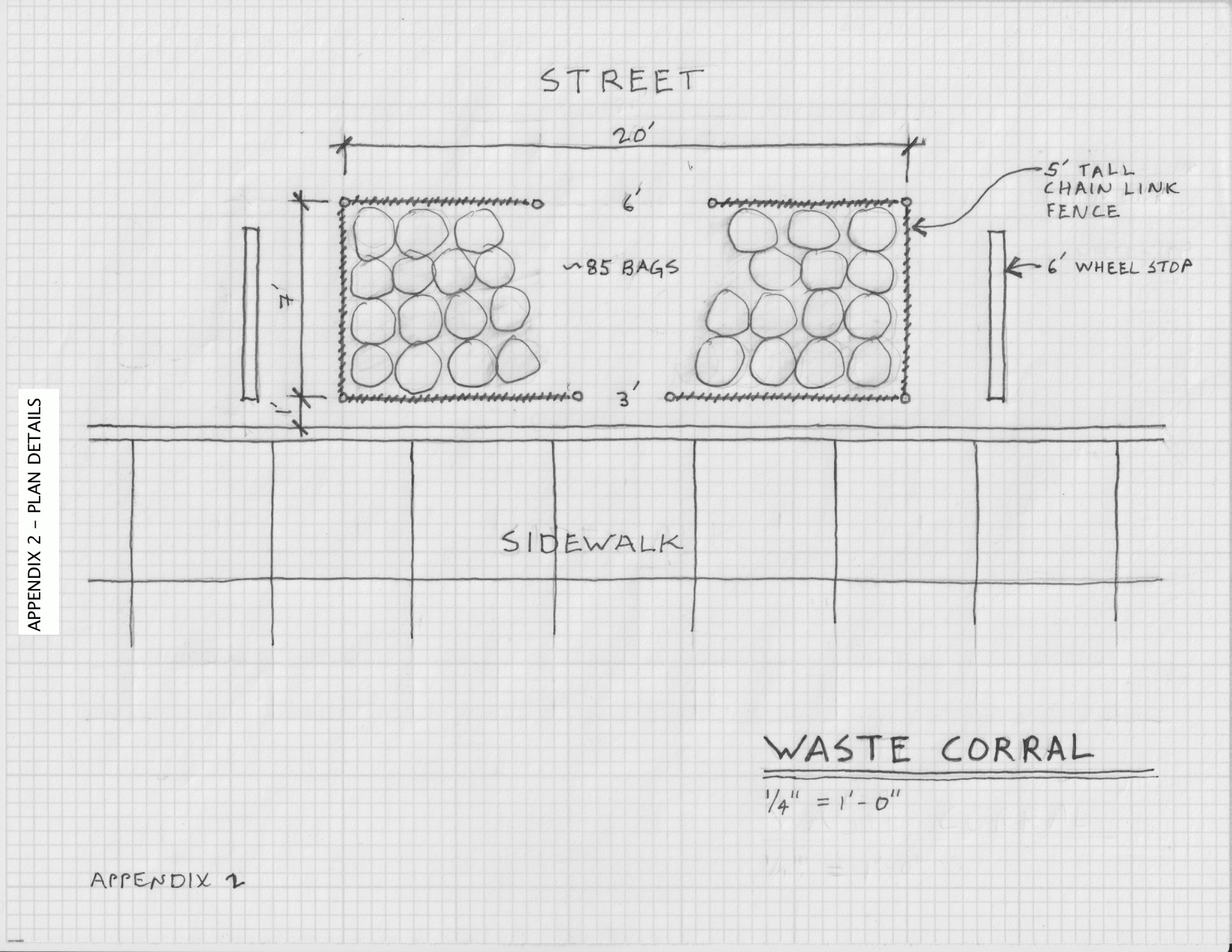 The corral would be created by (1) cross-hatching the area with paint, (2) installing parking blocks to protect the space from adjacent parked vehicles, and (3) installing a chain link fence enclosure with a large opening to the street and a smaller opening to the sidewalk. Optionally, a visual screen could be added to three sides of the enclosure, leaving the street side unscreened for safety and monitoring.

On our prototype block of W45th Street between 9th and 10th Avenues, we found that waste takes up about 300 linear feet on each side of the street, at an average width of 2.5 feet. That amounts to 750 square feet per side, or 1500 square feet per block. The six proposed Waste Corrals would occupy a much more efficient 840 square feet per block, a reduction of 44% in total space, and would free up 100% of the portion occupied on the sidewalk.

5 Responses to Could NYC sidewalks be freed of garbage?