Keeping the Peace with a leaner NYPD

With the clamor to “defund” the NYPD and the City agreeing to “cut ” only few expenses, the 2021 budget’s unpopular compromise shows that a new alternative must be found to  deliver the best value to ALL our citizens.

The first priority should be to agree on NYPD’s mission going forward: is it to keep the order or to keep the peace? With the lowest crime in 30 years, it is time for the NYPD to adjust to a new type of policing where the vast majority of interventions will be with non criminal – non violent elements. Criminalizing individuals based on their skin color and bringing violence to the encounters will not succeed, nor is it a mandate from the population at large. 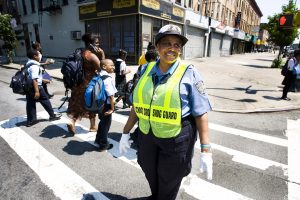 If we agree that keeping the peace is the new mission, who has the best skills and attitude to carry it out? This calls for a complete overhaul of the recruitment criteria for the job.  Camden, NJ achieved remarkable results with this approach to disband their police department and rehire only those who are interested and fit the new mission. The same must be done with the NYPD.

But reinventing a large organization is a challenge. A lot of responsibilities have been piled up on NYPD that probably do not belong with a militarized force: special victims’ unit, domestic violence, schools, traffic etc.  One way to start the transformation is to identify current responsibilities that do not fit with the new mission and break them apart either as standalone or to be merged with other departments.

In a recent letter to the Mayor and the Speaker, Manhattan Community Board 4 describes  the components of the Transportation Bureau and the failings of Highway and CIS units when it comes to vision Zero.

Every New Yorker knows that the NYPD has little interest in traffic. Radley Balko, the author of the book Rise of the Warrior Cop agrees that traffic should be separate from other law enforcement; because vehicle stops are generally not criminal encounters but are, rather, often pretexts for racial bias that can quickly escalate into prison or death.

Both the Traffic Management Center and Traffic Operations District are civilian functions with substantial engineering components. Under the DOT, they could reduce redundancies, change their practices from using obsolete tools to “improve the flow of traffic, remove obstacles impeding traffic flow, and expedites vehicular traffic” and instead calm the traffic and reduce conflicts with pedestrians and cyclists.

The Traffic Enforcement District includes 3,300 civilians—among the most diverse workforces in the city. Under the DOT, the feedback loop would be shorter and their focus would be on preventing problems, instead of exacting punitive measures which are largely ineffective. This would give the opportunity to expand the agents’ job responsibilities, make it safer with the use of technology and give them a path for career growth.

Were all the traffic functions of the NYPD  transferred to DOT, we could expect enormous benefits:

With intelligent restructuring and selective rehiring, we would be on a path to achieve traffic safety as well as peace in our streets.

[1] NYPD has systematically opposed the use of technology and spent years of lobbying resources to do so.
[2] Traffic enforcement agents have an extremely  narrow job description focused on moving cars  at a post they cannot leave. The sidewalk enforcement must be restructured to be more cost effective and consistent
[3] NYPD has demonstrated bias against victims , and a general disinterest in pursuing traffic justice which account for more deaths of young people than guns in the City.
[4] In certain districts, like Community District 4 in Manhattan, there are four precincts serving the district, making it impossible to coordinate activities.