LinkNYC – A work in progress 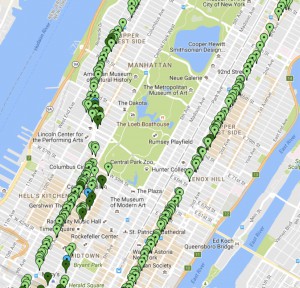 LinkNYC is the Wi-FI and phone charging system that replaces the phone booths. It is currently installed at 364 locations in Manhattan, mostly on 8th Avenue in our district . The service has been very successful with 700,000 subscribers and 37 million internet sessions in its first year. It provides internet speed about 500 times faster than your internet at home . 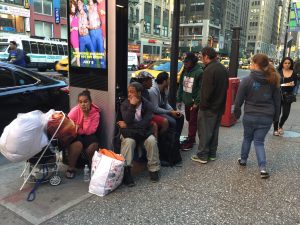 However the experience on the ground has been  less than satisfactory. The kiosks became a magnet for gatherings that impeded pedestrian traffic on crowded sidewalks, for example near the Port Authority Bus Terminal and lead to illegal activities.

At Council Member Johnson’s  request, the franchisee  reduced the sound volume in some places and turned off most internet browsing capabilities at most of our installations. This brought significant improvements to the sidewalk. Indeed had the  DoiTT accepted our request to remove troublesome locations, they would have avoided all of the uproar on 8th Avenue. 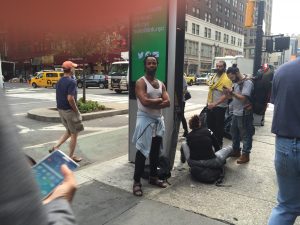 Still the design of the appliance remains deficient since it forces people using the device to stand in the pedestrian right of way. A better design would put the controls on the sides of the appliance.

We are delighted that Councilman Johnson intervened and that thanks to Manhattan Borough President Brewer, 40 installations will be removed on our very narrow and overcrowded sidewalks.