In Early February, the Port Authority Chair, CEO and staff met with elected officials  from New Jersey and New york, representatives from City Agencies, and the community board 4 and 5 in one of the most amicable meetings to date.

The Port Authority has retained consultants who will perform the planning and EIS work necessary to involve the public, filter down the options and analyze the qualified alternatives that meet the goals of the project. A walk through is scheduled next week to kick off this process.

They also confirmed that an on-site redevelopment was considered technically feasible and that a separate group is pursuing the study of  Trans Hudson rail options for the long range.

Port Authority personnel came to speak to the Full board of Community Board 4, a first in the history of our relationship. 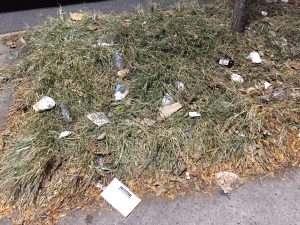 In a parallel effort to become better neighbors, the Port  doubled its cleaning and de-icing crews to improve the conditions on all the sidewalks that abut their property in Hell’s Kitchen South . As soon as the weather permits they will repair the numerous cracks in the sidewalk; and we are told that improved lighting will be installed under the 9th and 10th Avenue bridges.

All in all, good progress in the right direction.

This all sounds terrific… THANK YOU!