The Regional Plan Association recently published key transportation recommendation ahead of Its fourth regional plan to be released in November 12017.  It pretty closely mirrors the Community Board and our recommendations for the bus terminal replacement: a long distance bus terminal at or around Javits Center, that would provide enough capacity to extend the terminal life by 20 years, [completion of Gateway with a run  through option] and a rail or subway extension in Phase 3. Notably, this is the first time RPA advocates for a # 7 subway extension in New Jersey. 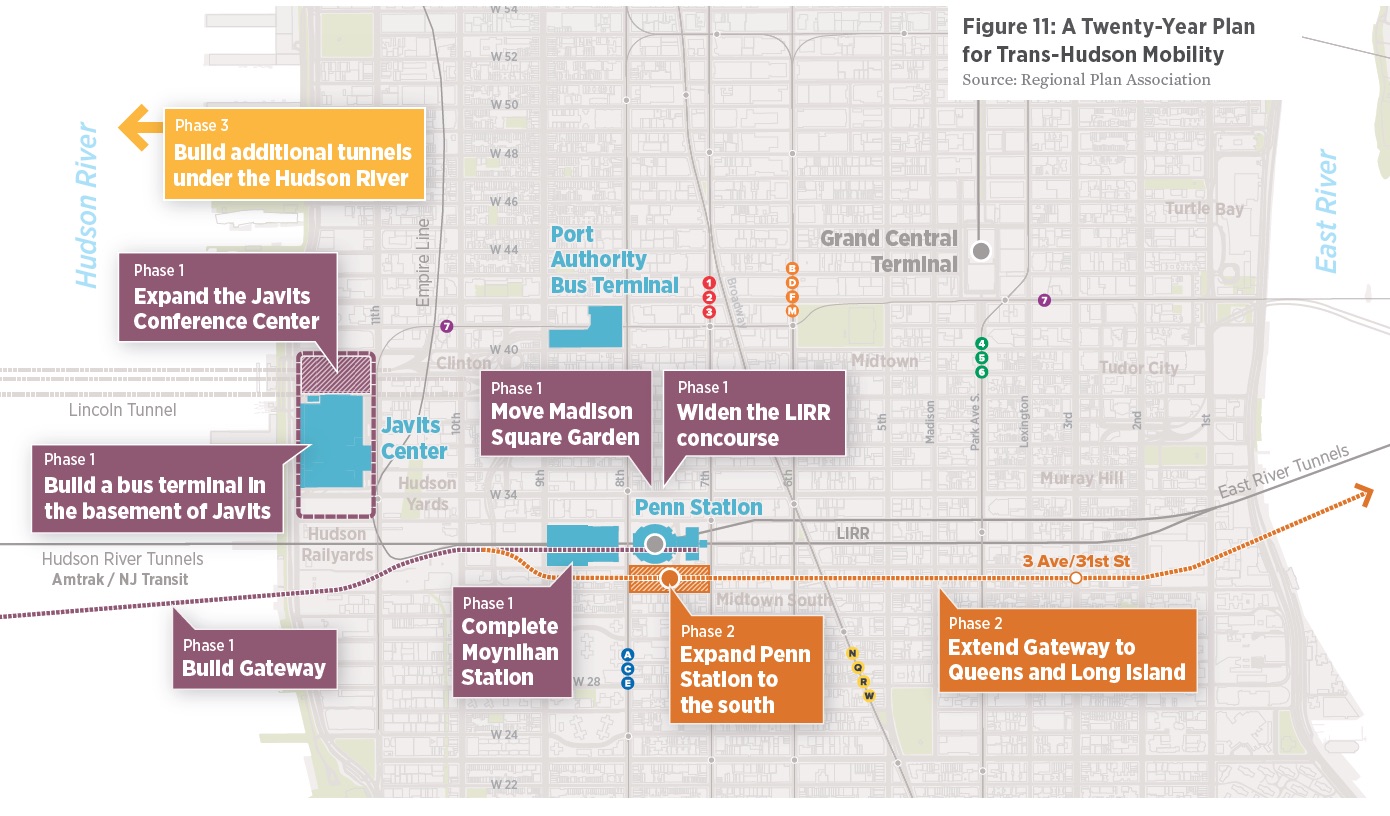 Here are some excerpts:  “For example, the New York City subway #7 or L trains could be extended to add trans-Hudson capacity and relieve bus and rail demand on existing facilities …”

“The new Javits terminal could consolidate all intercity buses, taking buses off the streets and freeing up 63 gates at the existing Port Authority Bus Terminal ( PABT), resulting in an almost 30% increase in gate capacity for commuter buses. ”

“Phases one and two {Hudson Tunnel, Penn Station, Bus terminal} would likely meet capacity needs for the next 20 years. Beyond then, trans-Hudson demand will begin to surpass combined rail and bus capacity, and the existing PABT will have surpassed its useful life, requiring replacement. While a decision does not need to be made at this time, a better option than replacing the bus terminal would be to construct new rail tunnels between New Jersey and Manhattan. This would provide sufficient trans- Hudson capacity for the foreseeable future, divert more passengers from buses, and eliminate the need to rebuild the 42nd Street bus terminal”.