Activists are making the rounds of Community Boards with one message to DOT: we need protected intersections! by letting cars turn at the same time as cyclists and pedestrians cross the intersection, DOT is creating a dangerous situation and  is  responsible for crashes at these intersections!

This is a position CHEKPEDS has advocated for a long time , and as a result CB4 has more split LPIs signals that most districts in New York . With the death of a cyclists easier this year in a mixing Zone, the cycling community is now aware of how dangerous these intersections are and is adding its powerful voice.

CB4 recently joined the chorus of Cb7 and CB2 in asking for a blanket policy on intersection safety. Including: extending the green ribbon across the intersection, adding boards to separate from the cars, put pedestrian and bike crossings on a speed table, install split phases and split LPIs. We are told DOT is working it and will come out with a decision next year. 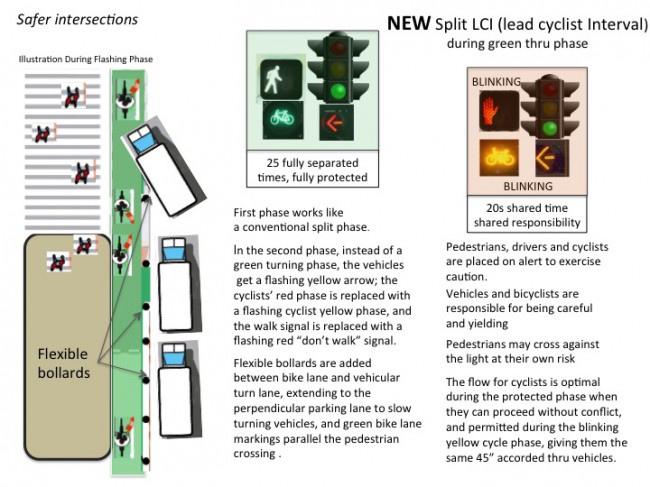