The communities of Hell’s Kitchen South / Chelsea / Hudson Yards in New York City have reasons to be concerned about the quality of their air. A six-week study of the air quality performed by Clinton/Chelsea/ Hell’s Kitchen Coalition for Pedestrian Safety (CHEKPEDS)’s  25 volunteers demonstrated that the air  contains unhealthy levels of micro particulate matters that are known to cause cardio vascular and respiratory diseases like lung cancer. Read the full report Here.

Every week for six weeks, peaks of particulate matter (PM1, PM2.5, PM10) and NO2 caused by fuel exhaust significantly exceeded levels considered safe by the World Health Organization (WHO) 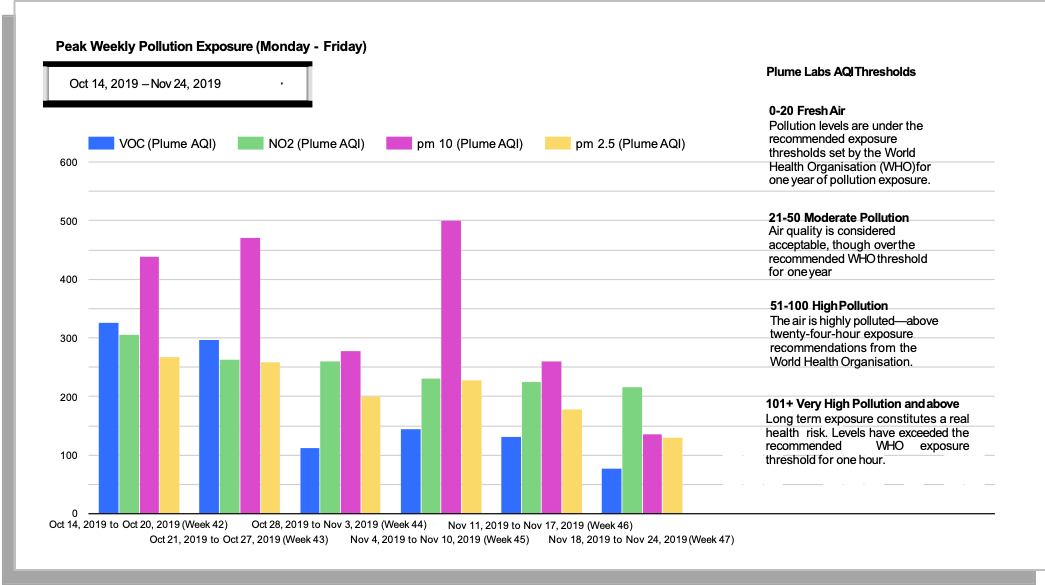 The areas closest to heavy vehicular flows and the bus terminal  showed the worst measurements on the Air Quality Index (AQI ). Click Here to view the interactive map . 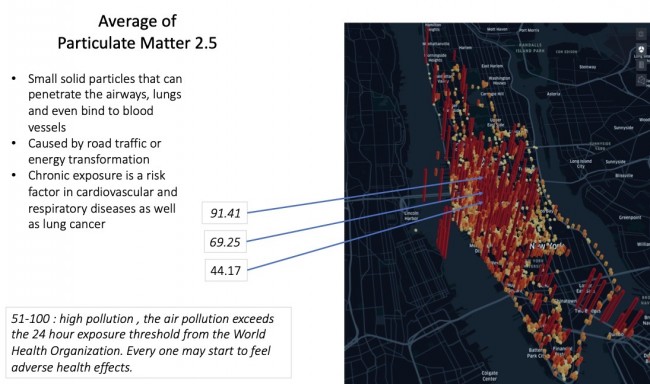 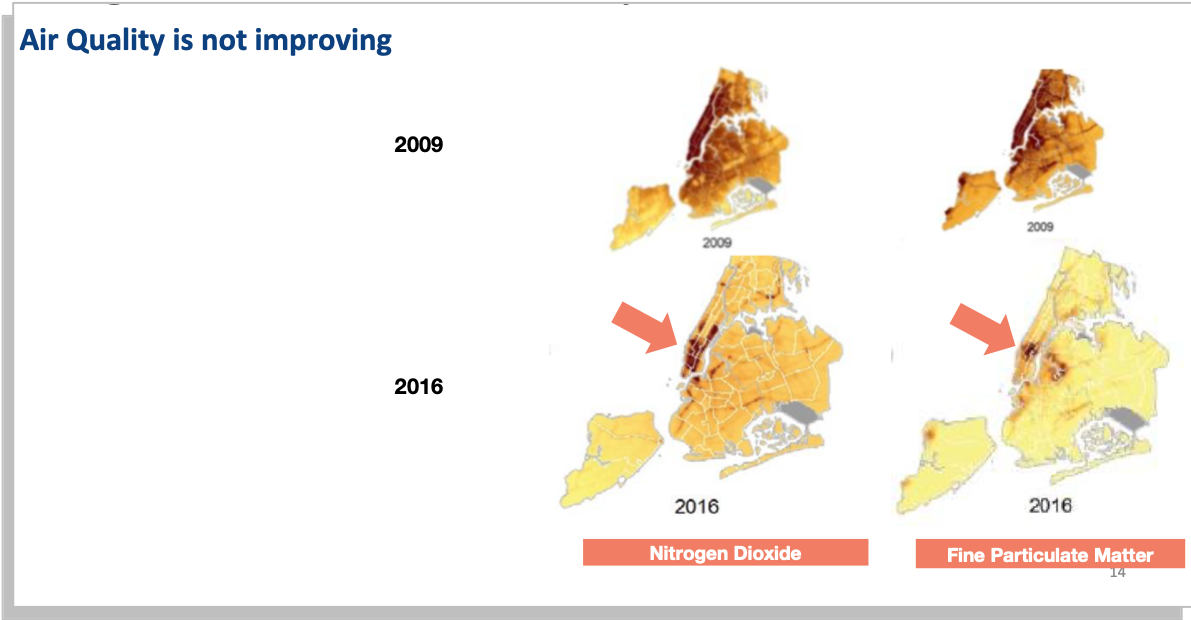 We are calling on our elected officials and agencies to put air quality front and center of many efforts in our neighborhood:

Thank you for doing this study and for publishing the results. All of us who live in the
affected area have known for years that the soot, primarily from cars but also from construction, is dense. I don’t think any of us knew how high the levels of particulate matter have actually been. Thank you for creating quantitative evidence of just how serious the problem is.

Yes it is shocking …

Thanks Christine
Let me know how I can help