We hope you, your family and friends are all in good health. Stay inside and follow all prescribed procedures for yourself and other people alike . 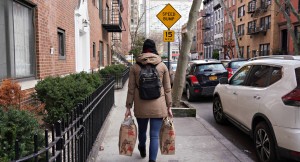 Talking about procedures : when walking or shopping, I noticed that there is no way to  cross or pass another pedestrian on a sidewalk, while maintaining a 6 ft distance.  We are lucky if there are 3 ft altogether. People shopping in cars can be safe but people shopping on foot risk their lives.

At this point, with a spike in speeding, our go-to solution, jaywalking , may be more dangerous than usual. Drivers are taking advantage of empty streets to experience the “freedom” and “power” they were sold on when they forked over $ 40 to 80,000 to buy a car. This week, on 11th avenue a driver on a rampage smashed his $ 750,000 toy  in 4 parked cars that bounced over to the bike lane.

It seems to be the prefect time to expand on the “Shared Streets” program DOT has successfully installed  in Union Square. The block is open to pedestrians, vehicular speed is limited to 5 MPH, emergency vehicles, sanitation, and deliveries are free to enter at low speed while through traffic is not permitted. Barcelona has installed many of those on residential streets, while the commercial traffic is directed to the arterial streets. 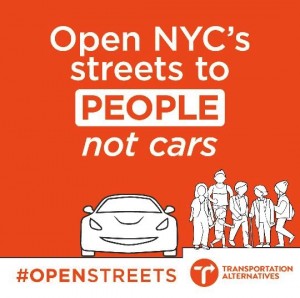 Bill de Blasio, following NYPD’s advice , has not favored this option. We are told that there is fear that more people will go in the streets and not respect physical distancing. Residents already go in the street – they have to eat!- and are put at risk by the double jeopardy of narrow sidewalks and speeding vehicles.  Opening the streets would give everyone more space to actually respect distancing and not get killed by drivers speeding. It would also provide needed relief from the extreme difficulty of a prolonged confinement for people living piled up in small apartment – I am not talking about four millennials sharing a flat here.

It would be simple enough to install four orange cones with yellow tape and a speed limit sign at the entrance of a residential block, a 9ft opening would be left for emergency vehicles, sanitation and local deliveries. Blocks adjacent to hospitals, fire station and Police precinct, would not be eligible.  Large dots could be painted on the ground to show how to respect physical distancing. The budget for each block would be about $ 200 . 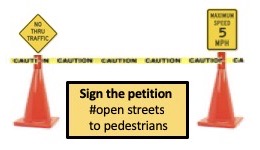 NYPD advised Bill de Blasio that such street opening  needed policing. Four blocks were opened with 8 officers per block. This was a self defeating recommendation, since this level of resource is not available, nor it is needed. People get it, they can catch the virus, it is  a matter of life and death. In our proposal, NYPD could drop by  during the day to observe. If the rules are not respected they could request the closing of the street to pedestrians. 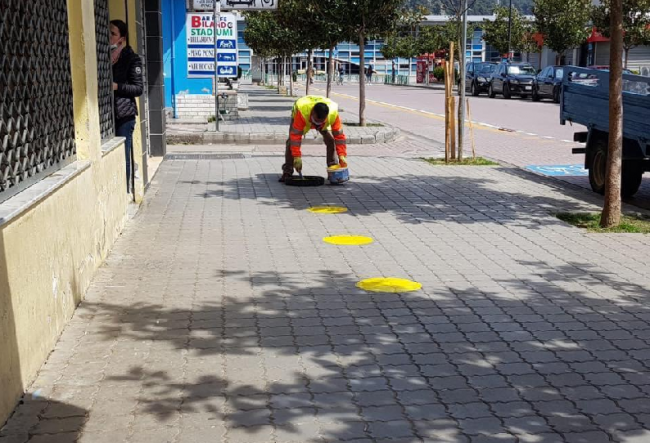 Oakland and Bogota  and scores of other cities have done it, why not New York? Please click below to sign the petition so that we can get some safety during the balance of this ordeal.