Crashmapper.org a web-based app, developed by CHEKPEDS was launched in New York City, on February 28, 2018. The application received very positive reviews from Streetsblog ” This Is the Tool You Need to Push for Safer Streets in Your Part of NYC”. A reputed transportation consultant calls it ” a fantastic tool” and even some DOT employees find it “cool”. 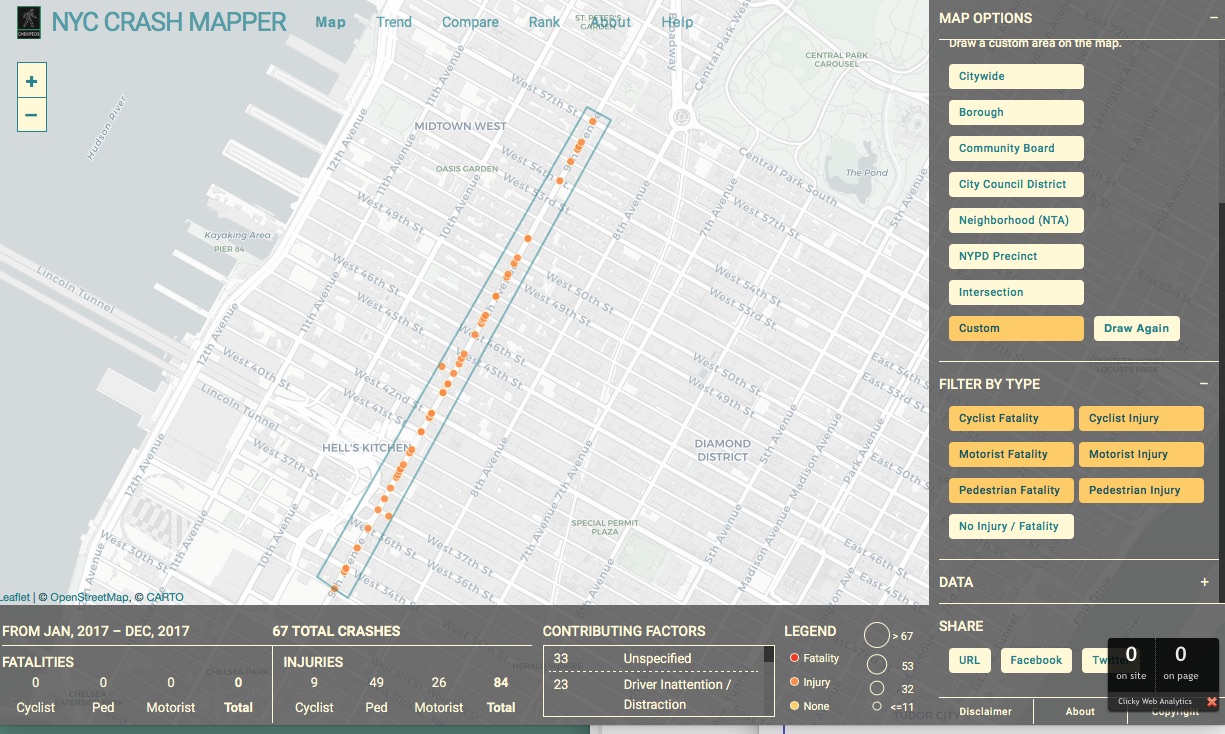 Crashmapper.org, a new web-based app that maps and analyzes traffic crashes and trends in New York City will be launched by CHEKPEDS, a non-profit coalition for pedestrian safety, today. The app has data from 2012 and incorporates updates from New York City open data portals.

Although traffic fatalities are on a downward trend, there were still over 60,000 injuries and deaths in 2017 in New York City from vehicles. To accelerate increased pedestrian safety progress, it is critical to fix intersections that contribute disproportionately to this epidemic. Each passing day means injuries or deaths that could be avoided and families saved from the agony of losing a loved one.

Using New York City open data in real time, the application maps, trends, compares and ranks intersections and streets where crashes have occurred. With a few clicks, crashmapper.org makes available to all—activists, press, elected officials, agencies, police precincts, community boards, and business improvement districts—the information necessary to evaluate in minutes instead of days the safety of our streets, and request remedies accordingly. The app also allows the user to define custom areas to evaluate the effectiveness of a given street improvement. 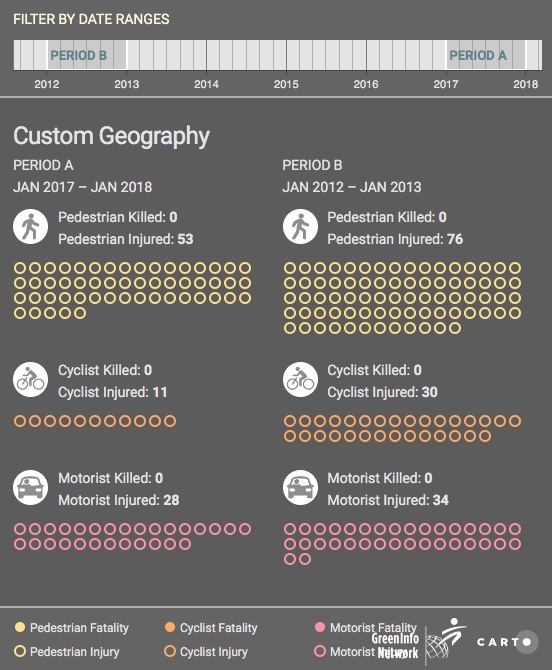 “For over a decade, CHEKPEDS has been working to improve safety measures on New York City’s busy streets and sidewalks,” said Christine Berthet, CHEKPEDS co-founder.  “This app is data-driven, which will help inform solutions and give the information needed to prioritize dangerous intersections and sidewalks. One injury or death is one too many, and working together to achieve the goals of Vision Zero will end that.”

The fully open-source application was built by the nonprofit Greeninfo Network.  “Making public data accessible is the first step. New York is doing a great job at that. Making public data meaningful is the next step, and that’s what Crashmapper does,” said Dan Rademacher, Executive Director of Greeninfo Network. “You can view more than a million crashes framed by the neighborhoods, political boundaries, and other places that matter to city residents. We’re taking raw data and turning it into meaning for the good of the city.”

“Location data has the potential to change the way we see our environment, and the plans we make to improve it,” said Tyler Bird of CARTO, which is supporting the project with a grant for its services. “Our grant program is designed to make these tools available to more organizations looking to make smarter, data-based decisions, and Crashmapper is a shining example of how Location Intelligence can be utilized in an engaging and meaningful way to create safer communities for citizens.

The App was funded by grants from the City Council Speaker and Manhattan Borough President as well as private foundations. It is accessible for free at www.crashmapper.org